Last week, members of Molly's family visited Haiti and invited a news crew along. There will be a series of videos documenting their journey online, so I've included some links. Check back for more.


The video entitled "Revisiting Molly's Mission" was especially poignant for me. Besides personally knowing everyone like Norma the PT I worked with and Gena the director of the Special Needs programs, they featured a little boy who spoke English. This was Jaques, the little boy that the U.S. Embassy asked Molly to take care of just as I arrived in Haiti. We spent a few days with him while his mother was figuring out custody issues and I never knew if he had survived. But there he is on video, cute as ever (but I swear he's much less shy and much more mischievous in person). It's a bit surreal seeing evidence people that I never knew, but always hoped, had made it.

Here are some pictures of our time with Jaques. We took him swimming and when we had to part, he cried for hours. Probably because we spoiled him so much.

Read about how Molly came to care for Jaques on her blog (actually her last blog entry) here. 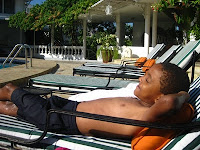 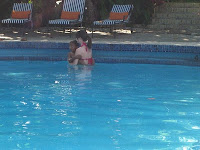 He lied and said he could swim... 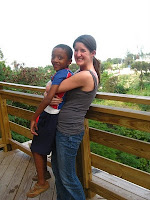