Wyclef Jean, Haitian-born rapper (former member of the Fugees) might be running for president of Haiti. See the CNN article here.

Okay. So I think it's great that even though Wyclef is in fact a US citizen (and therefore is he even eligible to run for president in Haiti?), he started a nonprofit, Yéle Haiti, to benefit development and education in Haiti and it seems to have accomplished some good things.

But come to find out, before the earthquake, Yéle came under fire for not filing taxes for three fiscal years and, on top of that, the organization seems to have some questionable expenses, according to a Washington Post article. Also, only 69% of revenue went to charitable programs, with 75% being the norm (Friends of the Orphans can boast an impressive 87%). Some of the dubious expenses could definitely be legitimate, but most frightening is a $100,000 payment to directly to Wyclef for a concert performance. Wouldn't someone waive a performance fee, especially such a hefty sum, for their own non-profit organization?

Despite the fact that there may be some morals in question, Wyclef is incredibly popular in Haiti and I understand that many support his candidacy. But of course he's popular. He's one of Haiti's very few international celebrities and happens to be an incredibly visible presence in the country, but not necessarily because of his humanitarian work. Haitians are accustomed to seeing Wyclef's image through prolific advertising for the phone company, Voilà, which funds Yéle. 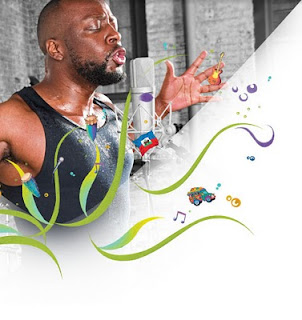 Also, given the fact that Haitians also want Bill Clinton to take over, it doesn't seem that they're being too picky. International visibility and being an American celebrity seem to be the common criteria, not qualifications.

Having a recognizable international figure as Haitian President certainly wouldn't hurt, especially given the waning heed being paid towards a country still in desperate need of our attention. But let's get real. With American politicians providing the perfect example, being famous doesn't make you a good political leader. Especially if you are a famous rapper who has no college degree or political experience and a history of drug problems and run-ins with the law, including gang violence. Not to mention money issues including a home foreclosure in Miami, which doesn't exactly bode well if President Wyclef is called upon to balance Haiti's disastrous (or non-existent) budget.

In response to CNN's announcement of Wyclef's potential candidacy, he has received some support because "he can't be any worse than previous leaders." Considering previous leaders included generations of murderous dictators, that's probably true. I'm all for second chances, and Wyclef's past transgressions don't make him a bad person undeserving of praise for his much-needed work in Haiti. But I'm hoping that the love he claims he has for his home country will cause him to see that he is underqualified to lead in such a polemic and pivotal time in history for Haiti. Haiti certainly deserves better than "no worse than the last guy."
Email Post