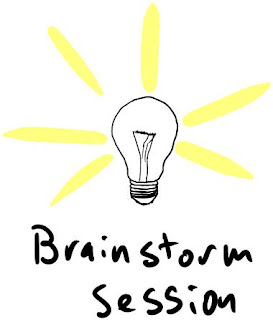 I need your help.

Because studying for finals has me feeling a bit brain dead and less than inspired, I was hoping to get some input from friends/readers on some fundraising ideas.

As you might know, the scholarship candidate we have chosen for the full ride scholarship to the University of Portland will be taking the TOEFL exam on May 27th, and passing it will be the final step towards official acceptance to study at UP next fall.  I am excited and rooting for him to do well on the exam!

However, this leaves us only about 2 months to process his visa paperwork and find the last little bit of funds for him to come get a fabulous education in Portland.  Although our generous donor has agreed to pay for all of his room, board, and tuition for four years, he will need some money for loose ends, and no one wants to ask a donor who has already been so generous to fill in the gaps.  So I know we can get it done ourselves, but I was hoping for some inspiration.

Between airline tickets, health insurance, books, student fees, and bills such as a phone, the scholarship recipient will probably require between $4,000-$5,000 per year to thrive in Portland.  This doesn't include much spending money or funds for a computer or anything extra, but he should be able to get a job on campus to add a little to his bank account.

So here's where you come in:  I realize that I have asked and asked and fear that I may have tapped my market in terms of Haiti fundraising. People have already been so generous, and although I have huge faith in this scholarship idea and donations will go directly to making a massive difference in the life of the recipient, I realize people might prefer to give money to other things rather than a single person trying to get an education.

So if you have any ideas for ways to garner attention, people who might be interested in helping, venues and avenues you think I could take, I would appreciate any and all input.  I have a few ideas in place but won't be starting any fundraising for a few weeks until he passes his test and is officially accepted.

Thanks for taking the time to dream up some ideas with me!  And send positive thoughts and prayers to our recipient as he takes his exam in Haiti on May 27th!
Email Post