In an effort to stave off boredom from memorizing therapeutic modality parameters for my physical therapy comprehensive exams, I decided to post a few tidbits of news updates from Haiti. 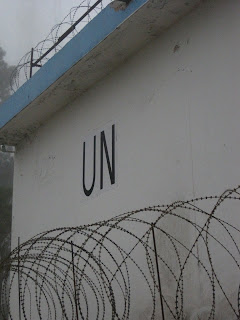 MINUSTAH (United Nations Stabilization Mission in Haiti) has always had a polemic history and elicits feelings among Haitians that ranges from general distaste - at best - to violent anger.  While the UN in Haiti has been credited with stabilizing gang violence in Haitian slums, especially Cite Soleil, the UN efforts there have been coming under a lot of fire recently, and receiving more international attention since the earthquake focused the world's eyes on Haiti.   MINUSTAH was charged as the source of the cholera outbreak (apparently Nepalese peacekeepers were the source of the cholera bacteria in Haiti and UN facilities were shown to have abhorrent waste disposal practices- i.e. dumping feces into rivers). A more recent study did molecular studies and confirmed the link. And now more recently, UN peacekeepers from Uraguay reportedly raped and humiliated an 18-year-old Haitian man and taped it on a cell phone.  Uraguay's president and other top officials have apologized and promise to bring the attackers to justice. The attack adds fuel to the fire for Haitians, most of whom prefer that the expensive 12,000 UN troops (MINUSTAH budget is almost $800 million per year) leave their country.

On a related aside, my personal MINUSTAH experience has been unremarkable, but fellow volunteers give them a lot of flack for spending almost a billion dollars annually to parade around Port-au-Prince in tanks and wear silly-looking blue berets and funny uniforms.  A MINUSTAH base is directly next to our hospital in Tabarre and most of the soldiers sit and look bored; they don't seem to accomplish much, although I have very little insight into what is happening behind closed doors. 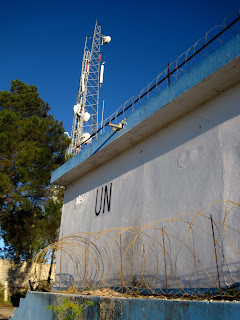 Although it sounds like Brazil, the country leading the MINUSTAH efforts in Port-au-Prince are planning to pull troops out.  Here's hoping for a smooth transition.

Cholera is also re-surging in Haiti during another rainy season.  Over 6,000 deaths have been reported since the epidemic started last fall.   NPFS continues its cholera treatment center and have established a more permanent facility and rehydration program to address the epidemic.  A reminder that NPFS can treat an adult with cholera for only $20, and a child requires only $22.  To donate to the cholera treatment at our hospital, follow the Donate Now link above.