I had a relaxing and quiet weekend at the orphanage since the volunteers that live there were on vacation in Jacmel.  On Friday, I got to see my godson & my parent's godson and deliver Christmas presents.  Kervenson was excited and cried a little, although he's a pretty tough 12-year-old.  He talked to me much more this year and was a lot less shy, but turns out he has a pretty heavy lisp! This made understanding his Creole even harder.  But at least he talked to me more.  He's gotten tall and lanky & he loved his books, hat, t-shirt, and basketball.  I gave gifts to Jeff, my parents' godson, who I get the idea is a pretty "cool" kid at the orphanage and might be a bit of a trouble maker! Norma and I took a hike up to Teleco and got some awesome views. 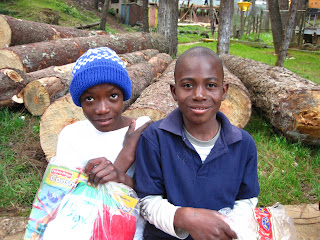 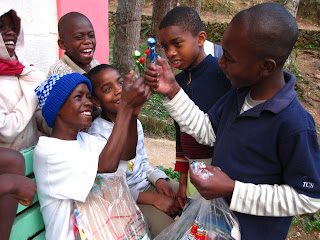 Playing with their boxing pens. 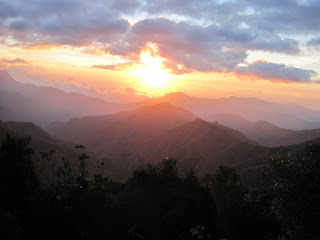 
On Saturday, I tracked down more godchildren that my friends & family sponsor and they all loved their gifts.  If you ask one kid, they will know everyone in the orphanage and find them for you. 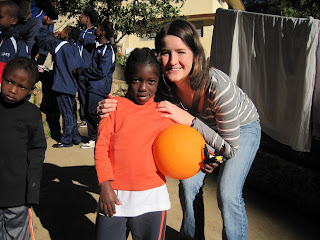 With Nadine, who is very sweet and affectionate! 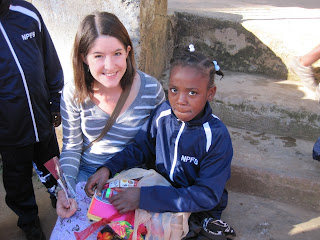 With Mylove, whose birthday is, in fact, Dec 24th.

I also got to spend time with the kids and adults with special needs who live in Kay Christine.  There's a new little boy with Down Syndrome, Olivier, who also has a pretty massive heart defect.  but he's seriously adorable and very bright. 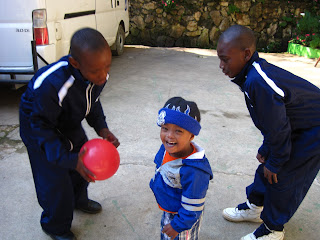 I was pretty proud when my godson (left) gave one of the balloons I gave him to Olivier (middle).

So Saturday was a little strange because there was a huge Christmas party at the orphanage that was actually sponsored by a cigarette company of all things.  But the kids l-o-v-e-d it.  They had dancing, singing, clowns, tons of treats like cotton candy and popcorn and cupcakes, and each of the over 400 children got really nice gifts.  The little girls got Bratz dolls (ew) and bead/necklace kits and the boys got remote controlled cars and helicopters.  The older kids got these mp3 players/camera things.  And despite the fact that it was a cigarette company and the remote controlled cars didn't actually have batteries and the mp3 players need to be charged in a computer that none of the kids actually have access to, they were soooo thrilled so I just went with it.  The party went on for hours. 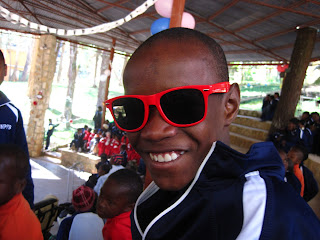 Kervenson in my sunglasses during the Christmas party. 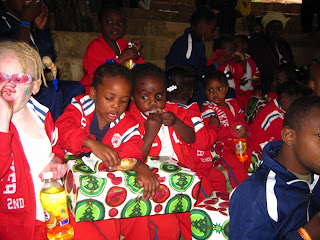 Little girls loving their gifts & cupcakes from the Christmas party.

On Sunday, I went with the special needs kids to the stables and watched them ride horses all day.  There are definitely very variable skill and assistance levels, but some of the kids are seriously good riders and they do it once a week. I did this with Molly when I was here the first time, so it was nice to have pictures of yesterday and remember her. 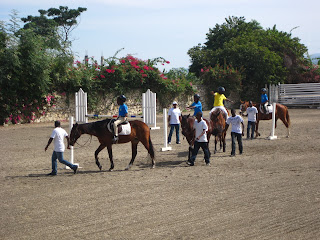 We came back to the hospital and I was getting tea when Conan introduced me to Madeleine Stowe, an actress (Last of the Mohicans) who is on my new favorite show on ABC, Revenge.  She's just been nominated for a Golden Globe.  She was really nice & is staying here overnight. She also came to mass last night.  Hopefully this visit turns into funds, considering the financial stress the hospital is under right now, because I know a lot of the celebrity visits are more for publicity and many haven't actually donated much, which is tough.  But it was my second celebrity sighting in Haiti (first was Wyclef last year) which is pretty funny.

We went over to FWAL to see a bit of their singing/talent show, but it didn't end up starting til almost an hour late, so we didn't see any of it since we came back to the hospital for mass and then watched a movie until bedtime.

I have tons of pictures & I'll post some later but it was a pretty great weekend.
Email Post